Project ALS identifies and funds the most promising scientific and medical research that will lead to the first effective treatments and a cure for ALS. We recruit the world’s best scientists and doctors to work together—rationally and aggressively—to develop a better understanding of the ALS disease process and, in parallel, better therapeutic strategies. 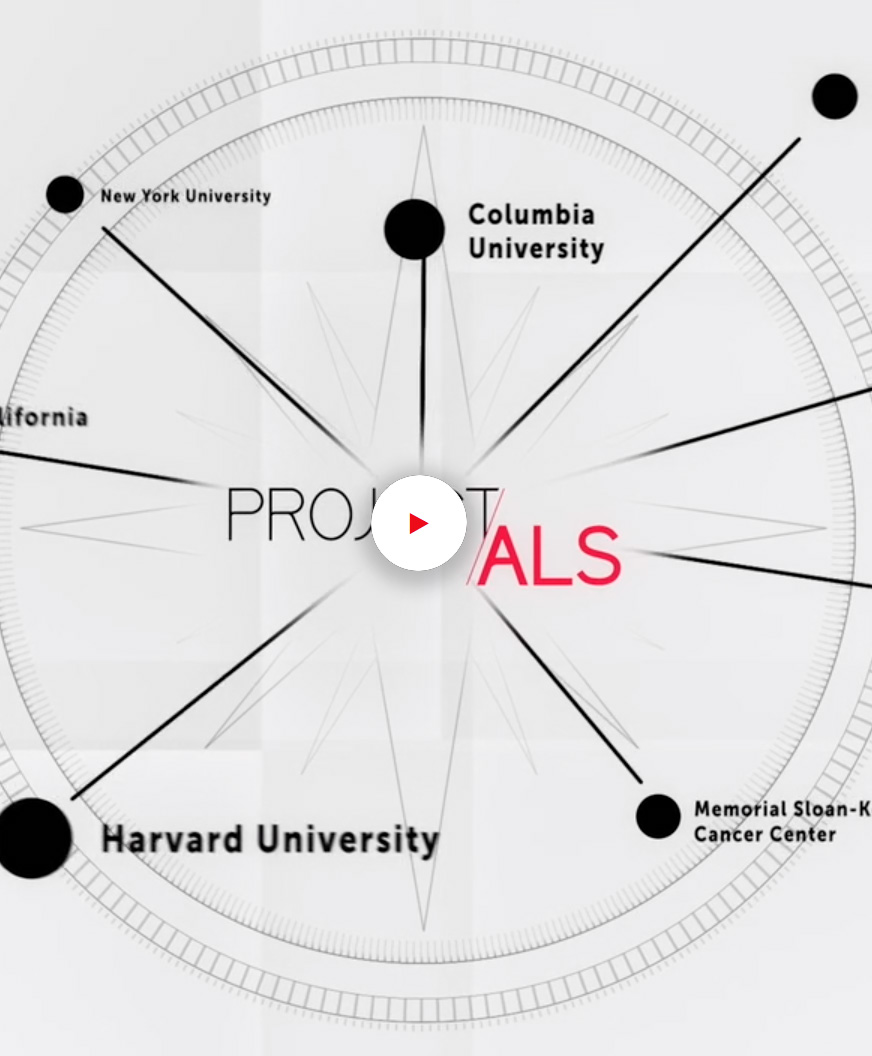 In 1998, Jenifer Estess, a thirty-five year old New York theater and film producer, was diagnosed with ALS. Her doctor told her to “max out her credit cards and eat junk food.” At that time, ALS doctors and scientists worked mostly in isolation, with little support. No one was working together.

Jenifer, her friends and family, set out to change that–and make a difference in the lives of people diagnosed with ALS. They founded Project ALS as a non-profit 501(c)3 in 1998, and set forth a new paradigm for ALS research. Project ALS-funded doctors and researchers were required to work together in small teams, toward a new standard of results-oriented accountability.

The paradigm shift has paid off. In twenty years, Project ALS has advanced ALS research significantly, overseeing productive collaborations among 25 leading research institutions, the discovery of over 60 ALS genes, the development of the world’s first patient based models of ALS for laboratory testing, supported and managed the first ever facility dedicated exclusively to ALS and stem cell research, and accelerated drug testing and clinical trials through the identification of new drug targets.

Project ALS is moving closer to the first effective ALS treatments because Jenifer Estess knew that complicated problems are solved faster when people work together.

In 20 years, Project ALS has raised over $90 million, directing between 80-93% annually to research programs.

“At Project ALS we believe that if you assemble a world class group of researchers and clinicians and have them work together as a team, enormous progress can be made in ALS research.”

“Project ALS, before any other organization, brought together basic scientists and clinicians to attack ALS in a collaborative way.”

“My friends and family and I built a road. Project ALS will continue to search until it finds medicine to help people who are dying cruel and inhuman deaths. There are so many roads for us to build that we can and must build.”